Scott graduated with his Bachelors and Masters in Business degrees from Texas State University. Scott honorably served in the United States Navy for over 27 years and retired with the rank of Captain. He was the Commanding Officer for four different units stationed in Norfolk, Virginia, Houston, Texas, Atlanta Georgia and San Antonio, Texas throughout his Navy Reserve time. He was awarded the Navy Commendation Medal, a Defense Joint Service Achievement Medal and the Navy Achievement Medal. He worked for Sodexho for over 22 years and finished his career as a district manager in Texas before becoming an Allstate insurance agent in 2009. At the time of his passing, Scott owned two successful Allstate Insurance agencies in the San Antonio area. Scott’s home church was Tree of Life Church in New Braunfels, Texas, where he served as a community group leader, altar team minister, and trustee. Scott was also a member of the Freedom Prayer Team at Grace Point Church in San Antonio, Texas. Scott was President of The Board at Grace Prep Academy in New Braunfels, Texas.

Scott’s first love was for his Savior, Jesus Christ, and this was evident by the way he lived his life. He was a devoted family man who laid down his life for his wife and kids. He loved watching sports especially his children’s events. Scott had a passion for animals and nature. He was known for being incredibly kind, patient, and giving. He was quick to listen and slow to get angry. He also knew how to relieve a serious moment by an unexpected burst of comic relief.

A celebration of life will be held Sunday, February 25, 2018, 5 pm at Tree of Life Church with Pastor Don Duncan officiating. Memorial contributions may be given to the following charities: Tree of Life-Missions or With God.


BLESSED BE YOUR NAME!

At Scott Lochte's Celebration of Life Ceremony, there was a slide show... celebrating his life.

The very last slide stopped my heart, and brought a flood of tears to my eyes. Scott's wife Barbara praising Jesus! This beautiful lady has literally just lost the love of her life, yet she is literally standing over his body with her arms raised, praising Jesus! Oh, to have that kind of faith! 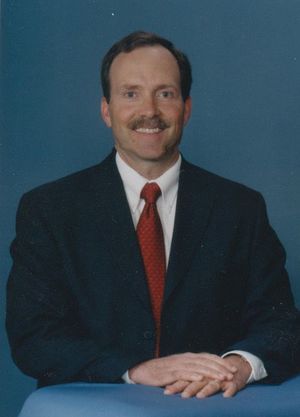